Luxury in A Time of Paradigm Shifts 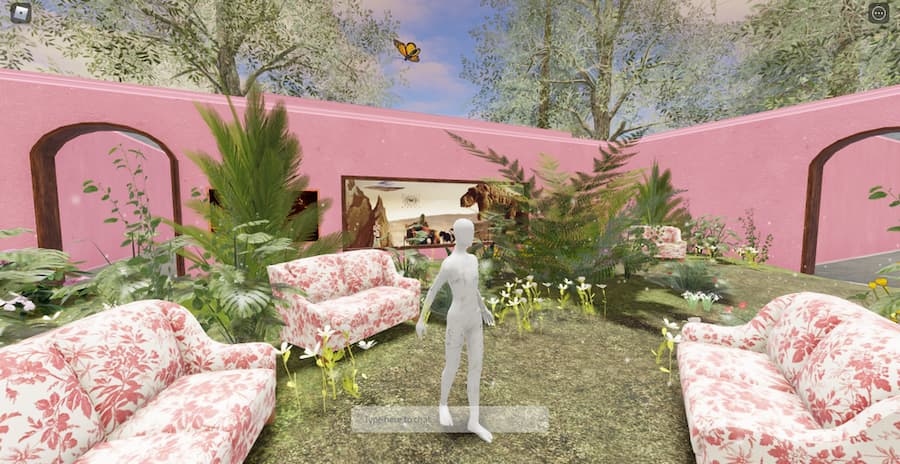 The adage “needs must when the devil drives” has taken on new importance during the pandemic. The digital acceleration during the pandemic has hit speeds where the once separate virtual and real-life worlds have fused, forming an alternate reality where we can connect with each other in real time, day or night, and exist in the same space together regardless of geography.

Mark Zuckerberg appropriated the concept of the Metaverse from Neal Stephenson’s dystopian sci-fi novel Snow Crash as the word that encapsulates his vision for where this our new persistently virtual world is headed. Prior to the Facebook executive’s dramatic announcement, gaming platforms like Fortnite, Roblox, and Twitch gave us a glimpse at a sliver of that future as each platform has evolved into spaces where virtual and physical experiences come into focus together.

This announcement has caused a flurry of activity and heavy investment from companies eager to stay present where their customers are engaging. Microsoft recently announced its intention to purchase Activision Blizzard and, with it, a USD $70 billion dollar investment in strengthening their presence in the rapidly growing world of virtual and augmented reality.

This will give Microsoft an edge over Sony and strengthen Microsoft’s market presence in virtual and augmented reality space. that is being created by online gaming platforms like the one they intend to add to their portfolio.

Tech companies aren’t the only ones trying to determine their place in the metaverse. Retail brands have taken notice and are designing strategies to ensure that their customers’ ability to express their individuality through fashion is not interrupted in this new world we all inhabit.

The Next Fashion Frontier

The coming paradigm shift will be propelled by the mindset of Millennials and Gen Z, who are facing economic challenges and an intense generational focus on environmental sustainability and social issues. Gen Z and, to a lesser extent, Millennials have a digital fluency that commercial industries are working around to accommodate in an effort to court not only their business but their viral approval.

For retailers, the issues informing the behavior and buying decisions of these important markets represent a threat to their sustained market strength.  The gig economy, inflation, and disproportionately high cost of living that define the reality for younger generations put luxury items out of reach, which can be illustrated by the growth of the luxury resale market.

The fashion industry has its finger firmly on the pulse of popular culture. The decisions they make and display during fashion week inform the styles, trends, and conversations had by consumers, retail and entertainment executives alike. Pioneering brands are investing in technology that will strengthen their resilience and stay relevant among consumers who chafe at the restrictions of omnichannel, preferring instead to move fluidly between virtual and IRL spaces in every aspect of their lives.

Brands like Gucci and Nike are creating virtual inroads to help consumers extend their physical expression of identity in virtual spaces by designing a virtual fashion marketplace and immersive experiences on global gaming platforms. Not only is this enhancing the in-game experience and making the creation of avatars as exciting (if not more) as game play, but it is ensuring the viability of brands and markets that no longer fit strictly in the physical world.

The Virtual House of Gucci

It isn’t surprising that Gucci is trailblazing in this unexplored territory. Gucci understands reinvention better than most. Gucci's reinvention under Tom Ford is still talked about in revered tones by industries far afield of couture nearly a quarter century later. This ability to adapt has been infused into Gucci’s identity, as illustrated by their tag, “Redefining Luxury Fashion”.

Prior to Tom Ford's arrival at Gucci to lead their women's prêt-à-porter division in 1990, the brand was nearing collapse after a slow and long descent. By 1995, Tom Ford's vision had catapulted Gucci back to the top of the couture world's ranks. Gucci became what it is today, a brand synonymous with sleek, jet set lifestyles, with lines that are simultaneously cutting edge and timelessly elegant.

That forward thinking mindset is predominant in the culture at Gucci and has enabled the brand to capture trends early and, more importantly as consumer desires are changing, to stay not only relevant and profitable, but to ensure that they are meeting their customers where they are and making their products available and acceptable to the more environmentally and cost conscious consumer. 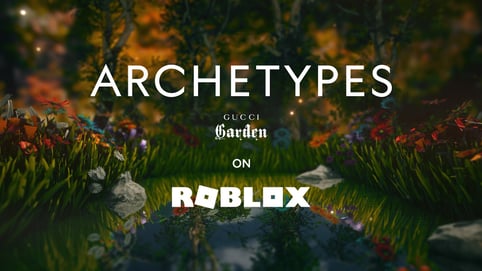 Gucci created an immersive brand experience on the Roblox platform called the Gucci Garden Experience that introduced the platform's 43.2 million daily users to the brand in an exciting, interactive way. Roblox platform allows users to play games, interact in virtual social spaces, create avatars, and collect apparel and accessories that will make them stand out in the crowded halls and rooms of the unbelievably popular platform. Roblox has been successful in monetizing virtual apparel by offering  limited edition items that give users a certain level of clout and even allows them to access premium features.

Gucci's executive vice president for brand and customer engagement, Robert Triefus, has taken the mantle of innovation left by Tom Ford. He sees the new immersive digital world as a cultural paradigm shift for the luxury space and is intent on creating and capturing the new revenue streams it represents.

Virtual goods like clothing, collectables, home goods, and footwear are commodities that Gucci and other forward thinking brands see as being more than things to mine gold to buy in-game. They have already launched a virtual shoe line, Gucci Virtual 25, designed by Gucci creative director, Alessandro Michele, that retail for $12.99 a pair, a dramatic departure from the price point of their physical shoes but that requires no materials, warehouse or shelf space, and is attainable by the tween demographic who covet them. They are scaling up from their Roblox Gucci Garden and endeavouring to create virtual couture that will sell for price points more closely reflective of their real-world apparel.

The running shoe giant Nike recently acquired RTFKT, a tech company that is leveraging game engines, NFTs, blockchain, augmented- and virtual reality technologies to design completely original experiences and products for the world we live in, one where the lines between the virtual and physical spaces we exist in are blurred to non-existent. In order to accelerate their digital acceleration and allow them to penetrate the intersection of physical and virtual space is that customers are increasingly existing in. 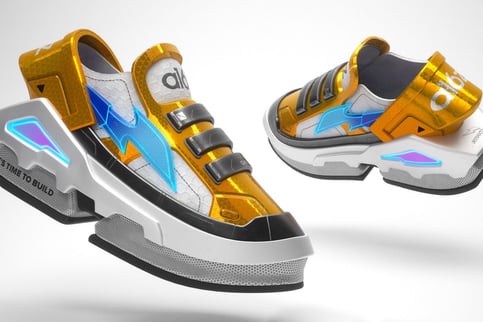 This acquisition will help Nike to accelerate their ability to grow their production of virtual shoes and Swoosh gear for the brand’s eager global fans. RTFKT was founded in 2020 with a mission to design virtual footwear, and attracted Nike’s attention for its “next-generation collectables that merge culture and gaming” that will allow them to come into the space prepared to meet demand. In April, the company made USD $3 million in under six minutes by selling 600 NFTs. Prior to that, a virtual shoe they designed sold for USD $30,000.

Early NFT and virtual apparel sales of this magnitude have the feel of the early 2000’s wild-west  “dot bomb” days where investment was rapid and heavy with only the potential of celebratory paydays at some point in the future. These early days are heady and the tech and clout of owning original digital items is novel and clout-boosting. But, just like the corrections made after the ‘dot bomb’ 2000’s, wiser investments led to more sustained, longer term growth and led us to where we are today, a new fully integrated physical-virtual reality.

Nike’s investment in RTFKT is mutually beneficial. It ensures that RTFKT continues to innovate and improve their technology while also allowing Nike to enter the virtual marketplace in a strong position to bring products to the virtual market quickly.

Brands will watch closely what trailblazers like Gucci and Nike are doing in this space and will learn from their experiences, adapt, and determine the best way forward for their own brands. The virtual space is becoming more personal and enabling closer interactions in real life as well as online.

The experiences, apparel, and collectibles that consumers will enjoy purchasing in-game are their own revenue stream, but are also a way to introduce new consumers to brands and give them another channel to connect with customers. For brands that aren't willing to go fully virtual, the need still remains to engage with customers in the persistent virtual reality we now live in. This means ensuring that customers can engage with your brand representatives and feel like there is a connection to people on the other end of the lines of code that build the virtual world.

Immersive virtual shopping platforms like Salesfloor help retailers to bridge the gap and serve customers who float between the physical and digital spaces fluidly. Your customers are using tech while browsing in-store and searching online to prepare for a trip to your store. Equip your sales associates with a platform that lets them serve customers the way they are shopping intuitively.

Subscribe to The Influencer, Salesfloor's monthly newsletter and receive thoughtful articles on subjects that matter to retail industry professionals.

The onset of the digital age has transformed customers’ expectations when it comes to the shopping experience. Amazon’s famous one-day prime delivery...