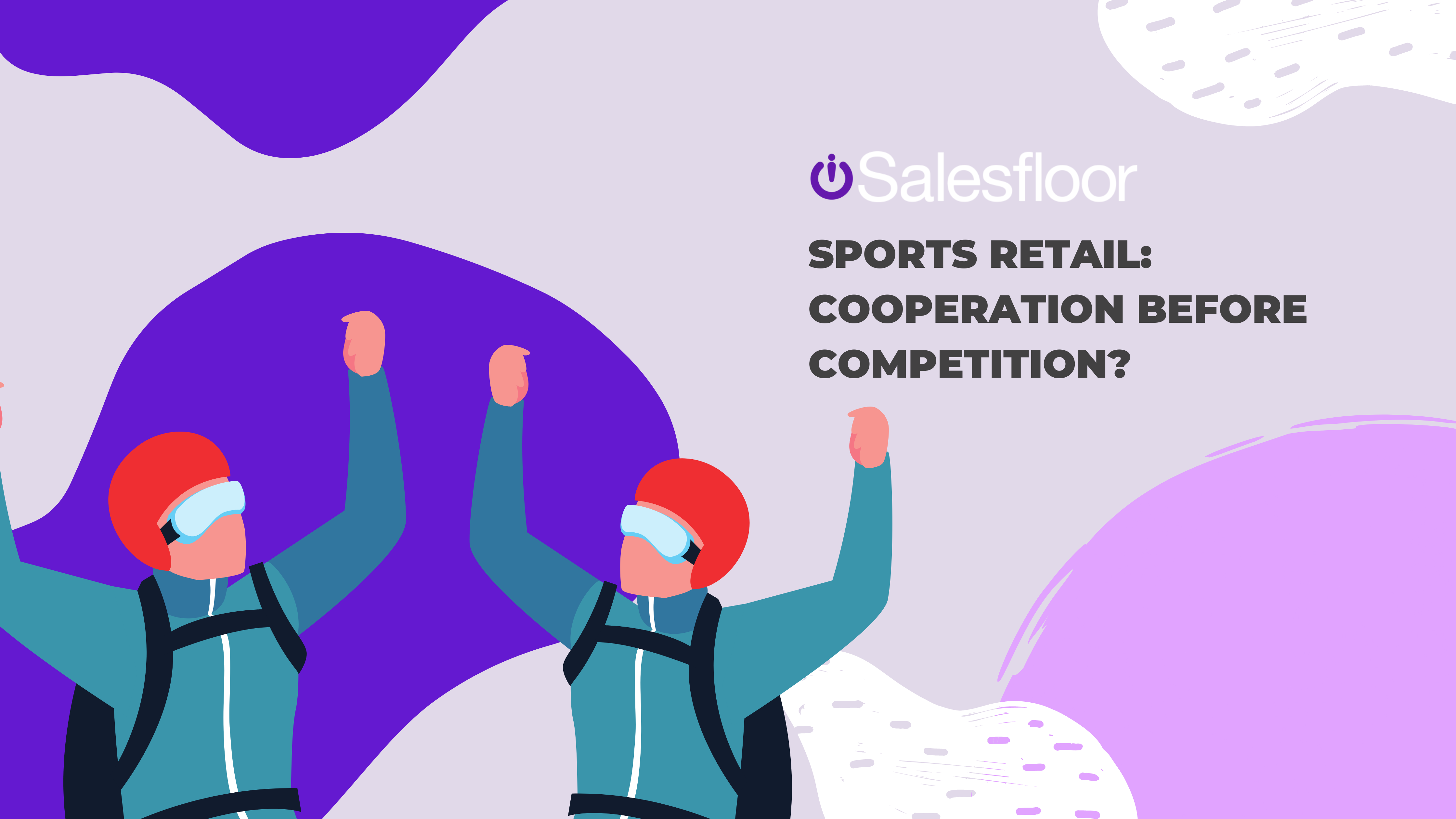 Human beings are an inherently competitive crowd. We compete in pretty much everything we do. As individuals, we don’t just compete for the promotion at work or the best jobs in the field, we even invite it into our leisure activities. Whether it’s board games, video games, or football and soccer games, it doesn’t matter; human beings love pitting ourselves against each other to bring out the best in us.

We’ve also built much of our society around competition, particularly in business. Indeed, the business world has earned a not-entirely-undeserving reputation for being ruthlessly competitive. While that perspective certainly serves specific sectors satisfactorily, sportswear and sporting goods retailers are in a position where cooperation rather than competition may be the name of the game for the foreseeable future.

A Turning Point in the Sportswear Vertical

So how did sports retail find itself in this unusual situation? The answer of course is one word that you’ve heard hundreds of thousands of times before by now—coronavirus.

The onset of the pandemic marked a turning point for the sporting goods industry, though not for the reasons one might initially think. As futurologist Tristan Horx mentioned during his keynote address to the 2021 virtual ISPO Munich sports conference, the pandemic and our responses to it are not actually trends in and of themselves. Instead, early shutdowns of stores and gymnasiums forced an acceleration of several trends already present in the sector (such developing and investing in online stores and digital services).

Instead, while encouraging retailers to ramp up digital efforts, the pandemic also had a dramatic impact on athletes and consumers. It forced both casual and professional athletes into home gyms, pushed others into smaller running and jogging cohorts, and caused the cancellation of sports events across the world. And not just team games like basketball or hockey either; track-and-field competitions, swim meets, and promotional events like conferences and trade shows were all put on hold. It was this metaphorical splintering of the sports community and its subsequent impact on consumers that made the onset of COVID such a transformative moment for sportswear.

That context is important, but it’s not the reason sportswear competitors need to put aside differences, at least for a little bit. As per McKinsey & Group’s research, the pandemic substantially changed people’s physical activity levels. With approximately 40% of people now less active and only 30% being more active, COVID has clearly pushed people a little deeper into their couch cushions. What’s more, there’s already a physical activity gap between high- and low-income households. Should the economic pains of the pandemic persist, more people will be driven into lower-income groups, which typically exercise less. All in all, coronavirus hasn’t just made society sicklier, it’s made us more sedentary too.

It is this movement towards a lack of movement that the sporting goods industry needs to combat as a unified whole. 2020 marked the first time since 2008 the sporting goods market suffered a contraction, and though experts forecast a return to growth, it will be driven largely in foreign markets (namely China). For domestic retailers and stakeholders, it’s time to put differences aside for the sake of industry and work together to reinvigorate the community. It is a cooperative rather than combative effort that will secure future sales and growth for the sector.

A Sense of Belonging

It’s not just dragging consumers out of pandemic-induced lethargy that requires a cooperative response on the part of sportswear and equipment retailers. A less combative approach is being embraced by consumers in general. Faced with all the divisiveness and combative rhetoric in politics and media, people want a sense of peace and stability wherever they can find it, even in their purchasing decisions. To quote CEO and president of New Balance J. Preston speaking to McKinsey and Group, “People seek community, even when they are at home.”

That sense of belonging can be cultivated by working together with other industry stakeholders to create compelling sports-centered events and encourage further recovery. Developing and leveraging relationships with social media influencers and other thought leaders also helps position sportswear retailers as friendly rather that cutthroat competitors. Retailers who have embraced digital transformation can further support the cause by implementing user-friendly online customer engagement platforms to create community events and interact with experts in real time.

Still No Place for Complacency

Just to be clear as we wrap up, temporarily prioritizing a cooperative corporate mindset over a competitive one will be good for the entire sportswear industry in the short-term at least when it comes to market recovery and growth, but calling a truce is not the same as waving the white flag. It’s competing in constructive ways that build yourself and the industry that can in turn bring in new customers and thus new revenue. Corporate cooperation can enhance the sportswear market as a whole, but players will still need to remain agile and aggressive when it comes to capturing their share of the reinvigorated market.

Learn more about how leading retailers are navigating the new consumer mindset along with industry insights and more by subscribing to The Influencer, Salesfloor's monthly newsletter.

How to Turn Your Store Locator Into a Modern, Multi-Experience Journey

Is your retail store stuck in the 1980’s? If you’re not currently utilizing your store locator as a tool for driving sales, the simple answer is—yes....