Where Do Associates and Immersive Virtual Retail Fit in the Metaverse? Facebook founder Mark Zuckerberg has reinvigorated popular interest in the Metaverse, an entire digital reality for user to work, play, and interact in. In his public address, the social media czar explained how his company was rebranding itself as Meta (a nod to the metaverse) and investing $10 billion USD to developing the ambitious project.

The idea of an entirely virtual 3D universe isn’t new though. Depending on who you ask, the metaversal concept got its start all the way back in 1932 when French dramatist Antonin Artaud coined the phrase “virtual reality,” a major component of the metaverse. However, most modern experts on the subject point to a 1992 science-fiction novel by Neil Stephenson titled Snow Crash Snow for the original vision of what a metaverse might actually be.

Of course, reality often deviates from fiction and how the metaverse will actually develop has yet to be seen, particularly in the retail space. As we’ll see, social media and the influencers who drive it are an important part of the metaverse’s development. Even if it’s still in its infancy, a version of the metaverse isn’t just inevitable; it’s already here, and retailers need to embrace it or fall behind.

The Current State of the Retail Metaverse

Now, to be fair, saying the retail metaverse is already here is simultaneously an understatement and an exaggeration. That’s because much of the infrastructure is already in place, and some big brand retailers are ahead of the curve. Virtual or augmented reality shopping is already available for Walmart, Cost Plus World Market, Tommy Hilfiger, and DeBeers, among several others. Even Microsoft, primarily a software developer, has developed tools for their retail sales associates to demonstrate product features in a virtual environment.

On the other hand, there are also many other retailers who have yet to adopt a metaversal shopping channel beyond a simple online store front. The exact reasons for this reluctance are debatable, though it’s likely because most customers don’t have access to virtual or augmented reality headsets. Other reasons might include the perceived costs of implementation or weak online margins that can’t bear the weight additional costs. However, sales associates (especially those who work on commission) are flocking to social media and Instagram in particular to help drive online sales. All of this brings us back to social media and the role of real-life associates in shaping the future of the retail metaverse.

While Facebook works on its metaverse and Microsoft continues to dabble in developing metaversal tools, retailers with fewer resources can and should get on board with the transition sooner than later. That’s because according to Google’s 2019 global Consumer AR Survey, two thirds (66%) of people are interested in using augmented reality technology to get help while shopping online to help visualize how a product would fit into their daily lives. That was also three years ago, and VR/AR continues to develop. If you haven’t gotten started on the transition, clearly now is the time.

The easiest way is to empower your associates to help customers with the technology currently available and then ramp up efforts to transform your store(s) digitally. This is where social media becomes valuable, but not as a channel to deliver brand marketing messages. Instead, sales associates are pivoting to become social media influencers, selling directly to their followers by posting images and descriptions of new products or promotions. Originally a niche tactic employed by famous brands like Macy’s, the onset of the pandemic rapidly expanded the strategy’s popularity. 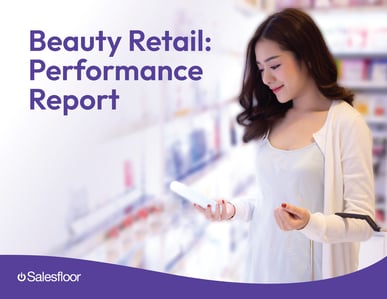 It’s not enough to just know the strategy though. You need to be able to implement it effectively as well. That means providing sales associates with the tools and resources they need to sell through social media or other metaversal channels. Your associates will need social media profiles on your preferred platform, the ability to upload images, descriptions, and product information, and connect with their customers directly. You’ll also need a way to track and credit each associate’s and store’s sales.

There are plenty of tools available to help associates make the shift towards social selling as retailers start to recognize the potential of social selling and metaversal retail. Unfortunately, many of them weren’t actually developed specifically for social selling. Rather than trying to make a mashup of multiple half-measures work, finding the right application to get you started is best. For example, SocialShop is a mobile application specifically designed to empower employees to sell socially. Product images, descriptions, SKUs, salesperson and store credit tracking, as well as the ability to hook directly into social media feeds including Facebook, TikTok, and especially Instagram are all included in one application. The result is a seamless experience for customers who can browse their favorite associates’ stores, all while still maintaining control over your branding standards.

As Facebook’s metaverse continues to grow, their original focus as a social media platform will no doubt inform its development. Meanwhile, VR and AR store fronts continue to expand, and independent research shows that online shoppers prefer having access to real associates, particularly in virtual settings where a trusted source of information about an item customers can’t directly interact with is crucial. As a result, the role of retail sales associate will evolve to include digital and social media selling responsibilities, but only if they have the tools and technology to succeed.

Subscribe to Salesfloor's newsletter, The Influencer, to have insights into the trends shaping retail and consumer behavior sent directly to your inbox.

How to Turn Your Store Locator Into a Modern, Multi-Experience Journey

Is your retail store stuck in the 1980’s? If you’re not currently utilizing your store locator as a tool for driving sales, the simple answer is—yes....